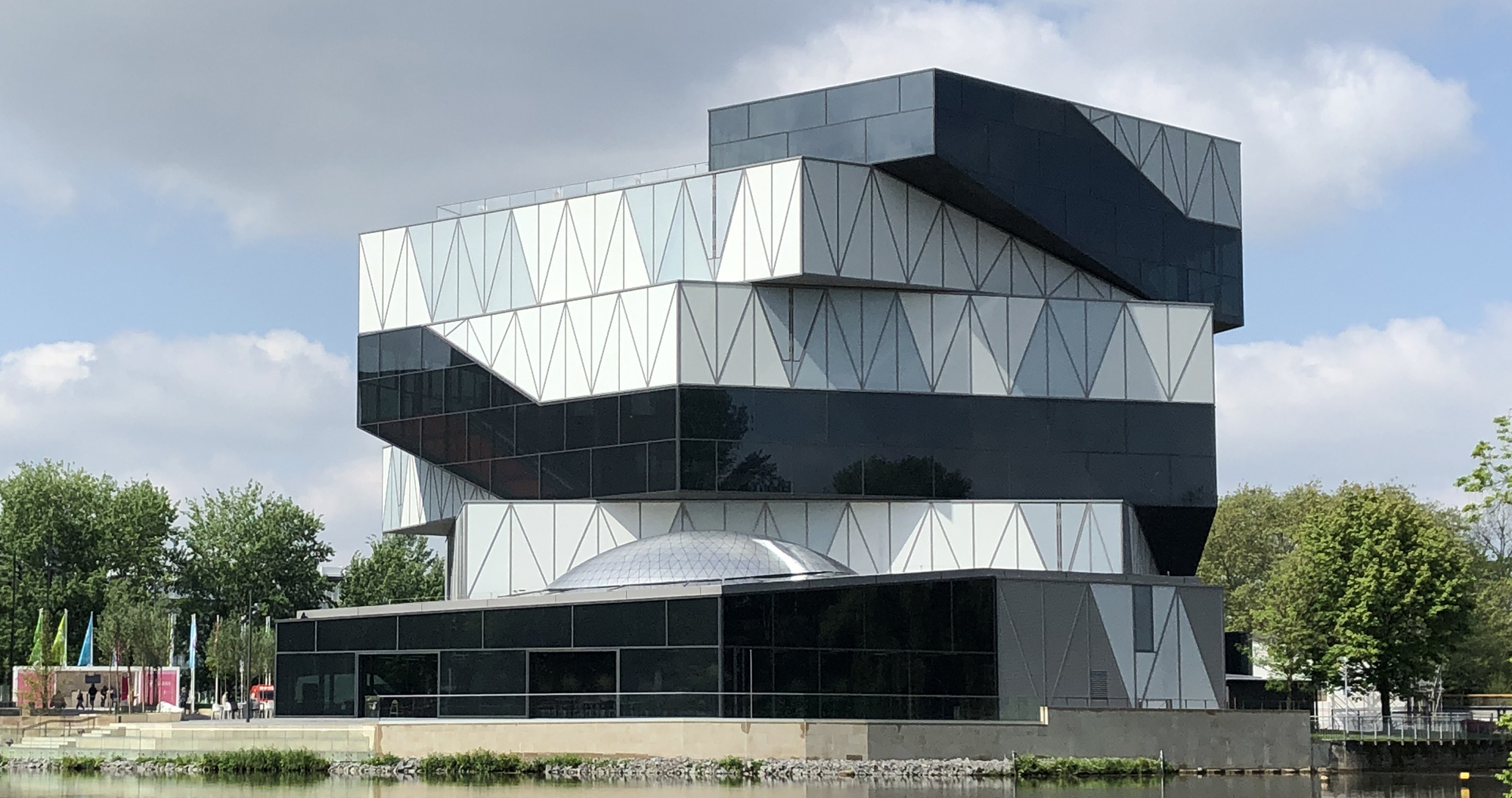 The Experimenta of the Heilbronn-Franconia region is a science centre which is located in the city of Heilbronn in the German state of Baden-Württemberg.

The Experimenta of the Heilbronn-Franconia region is a science centre which is located in the city of Heilbronn in the German state of Baden-Württemberg. The purpose of this learning and experience world, which is housed in the former Hagenbucher warehouse and a new building which opened in March 2019 on the Kraneninsel, is to make science and technology tangible and comprehensible to people of all ages. The Experimenta, which covers an area of 25,000 square metres, comprises the "Discoverer worlds", "Experience worlds" with Science Dome, observatory and experimental theatre, and also the "Researcher worlds", with around 275 interactive exhibits, four creative studios and nine laboratories.

This "stack of steel" designed by Sauberbruch Hutton (Berlin) on the Neckarinsel spirals skywards is an extension to the Experimenta Science Centre which has been housed in the old Hagenbucher storage warehouse which is adjacent to it since 2009.

"This symbolic building lies in the centre of Heilbronn on an island in the Neckar, in the surroundings of which the Bundesgartenschau (federal horticultural show) took place in 2019. The new building is conceived as a spatial spiral whose ascent is choreographed so as to create contrasting spatial sequences and carefully selected glimpses of the surrounding urban landscape.

The building forms an ensemble with the neighbouring former storage warehouse. The pair of buildings frame a small piazza, which acts as prelude to the museum circuit. The expansive foyer, from where the climb up the spiral begins, is accessed from here. Along the way, visitors are invited to explore "Thematic worlds" on four levels where science and technology is communicated, and also "creative studios" that give young visitors the opportunity to put what they learn into practise in a specific application.

The u-shaped "thematic worlds" wrap around the building core and the creative studios, which are expressed as separate volumes within a full-height building atrium. The spiral finally ends on a landscaped roof terrace which opens up a spectacular view over the entire Neckar valley. The museum also offers an experimental theatre and observatory on the roof, and also special exhibition areas and a 360° domed cinema in the basement.

The new Experimenta building is therefore a tool whose architecture embodies and underscores the didactic objective of the Science Centre. It enables and provides the setting for distant far reaching views, and also for turning the gaze inwards in an introspective journey to microscopic level.“
Source: http://www.sauerbruchhutton.de/de/project/exh 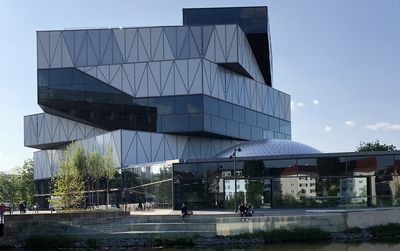