Wittelsbacher Castle in the Swabian town of Friedberg has been home to a museum for more than 130 years. It was closed for several years due to general renovation. The museum reopened in May 2019.

For more than 130 years the Wittelsbach Castle in the Swabian Friedberg has been home to a museum. It was closed for several years because of a renovation. In May 2019 the museum was reopened.

The high medieval castle was built in 1257 under Duke Ludwig II the Strict to protect the Bavarian customs station on the border to the imperial city of Augsburg.

The castle lies on an advanced spur of the Lechleite and is separated from the plateau by an unusually deep moat.

One enters the castle through the square gate tower, which still contains the remains of the keep (13th to 15th century). A long, cross-vaulted gate hall leads into the arcade courtyard, whose upper rows of arches are, however, walled up. The east wing has a simple Renaissance bay window, next to which a rusticated portal frames the gatehouse. The low, former economic wing is located in the north, while on the other sides the round or basket-arched arcades surround the irregular courtyard.

Since its refurbishment in 1982, the museum presents numerous exhibits on regional and city history in 14 rooms. 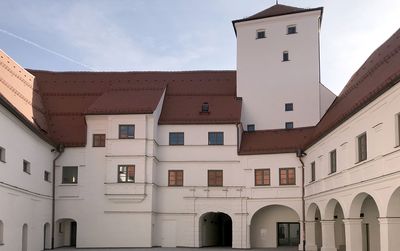 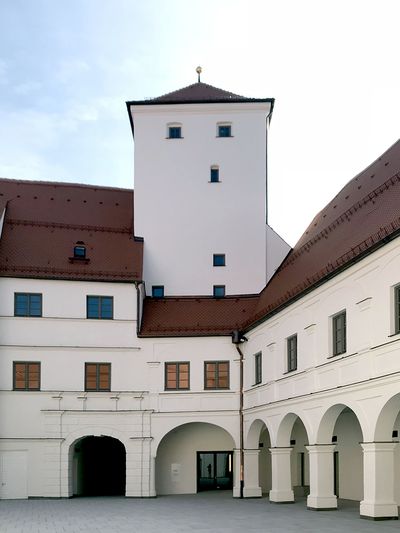 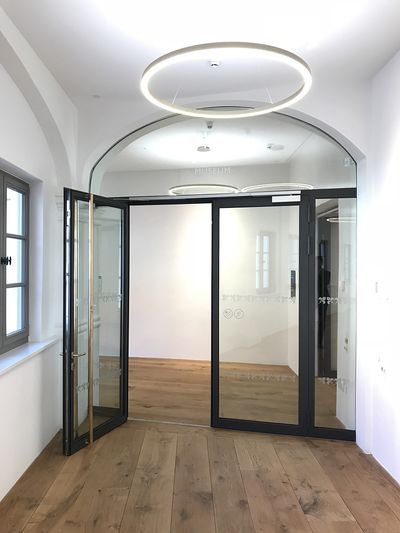