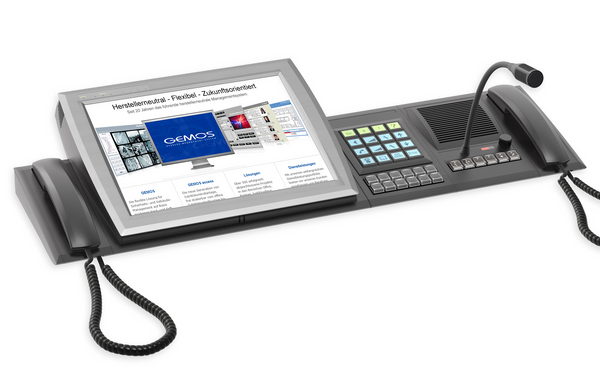 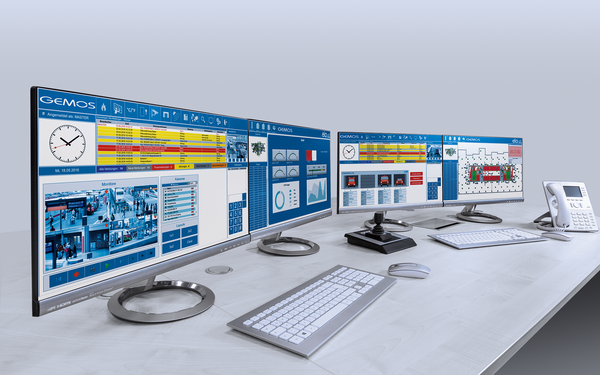 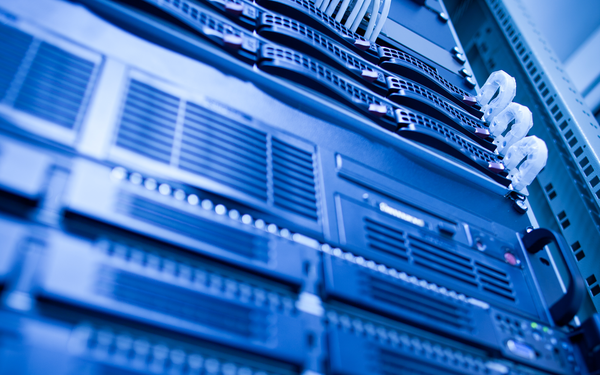 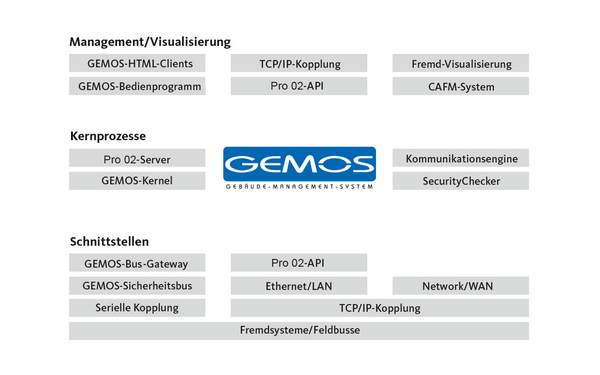 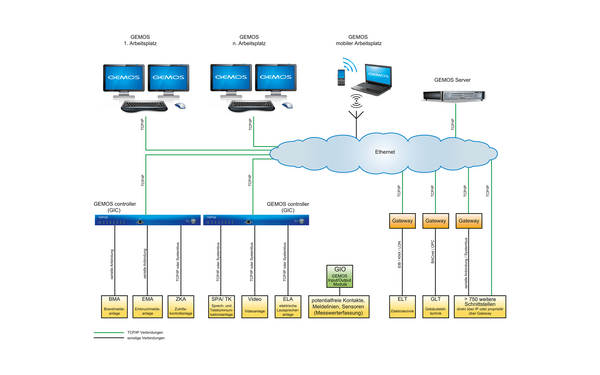 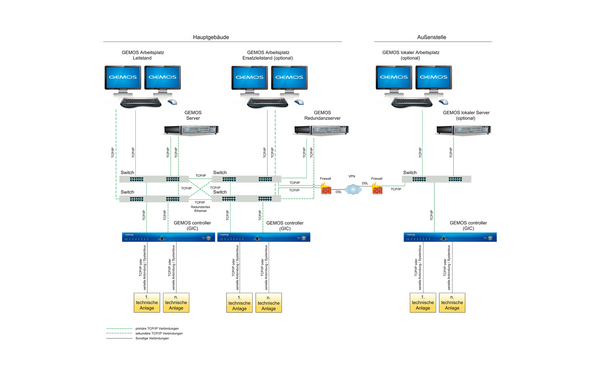 If you have any questions or need further information, please contact us:

The GEMOS driver is independently run-capable and a self-contained software component that, on the one hand, speaks the language of the third-party trade and, on the other hand, speaks "GEMOS". Thanks to its autonomy, the GEMOS driver can work in offset hardware like in the GEMOS controller under WINDOWS Embedded or Linux. By offsetting on separate hardware, the server can be considerably relieved. If several interfaces are used, these can be separated from each other logically and also spatially.

Individual interface drivers can also be 100% redundantly linked to GEMOS in conjunction with the HA agent GEMOS redundant module. Both drivers run simultaneously (if desired also on separate hardware) and are permanently monitored for function via the GEMOS HA agent. If the driver or a third-party trade interface malfunctions, the HA agent switches to the second one, and the GEMOS operator is notified of the malfunction via an error report. The communication between GEMOS and the third-party trade, however, remains unrestricted.

All important hardware parameters are read out and, if necessary, presented as an event in the GEMOS user interface with the GEMOS SNMP status monitor. In the event that the temperature of a hardware component is too high, for example, a pre-defined threshold pre-alarm can be generated so that appropriate measures can be implemented before the affected component fails.