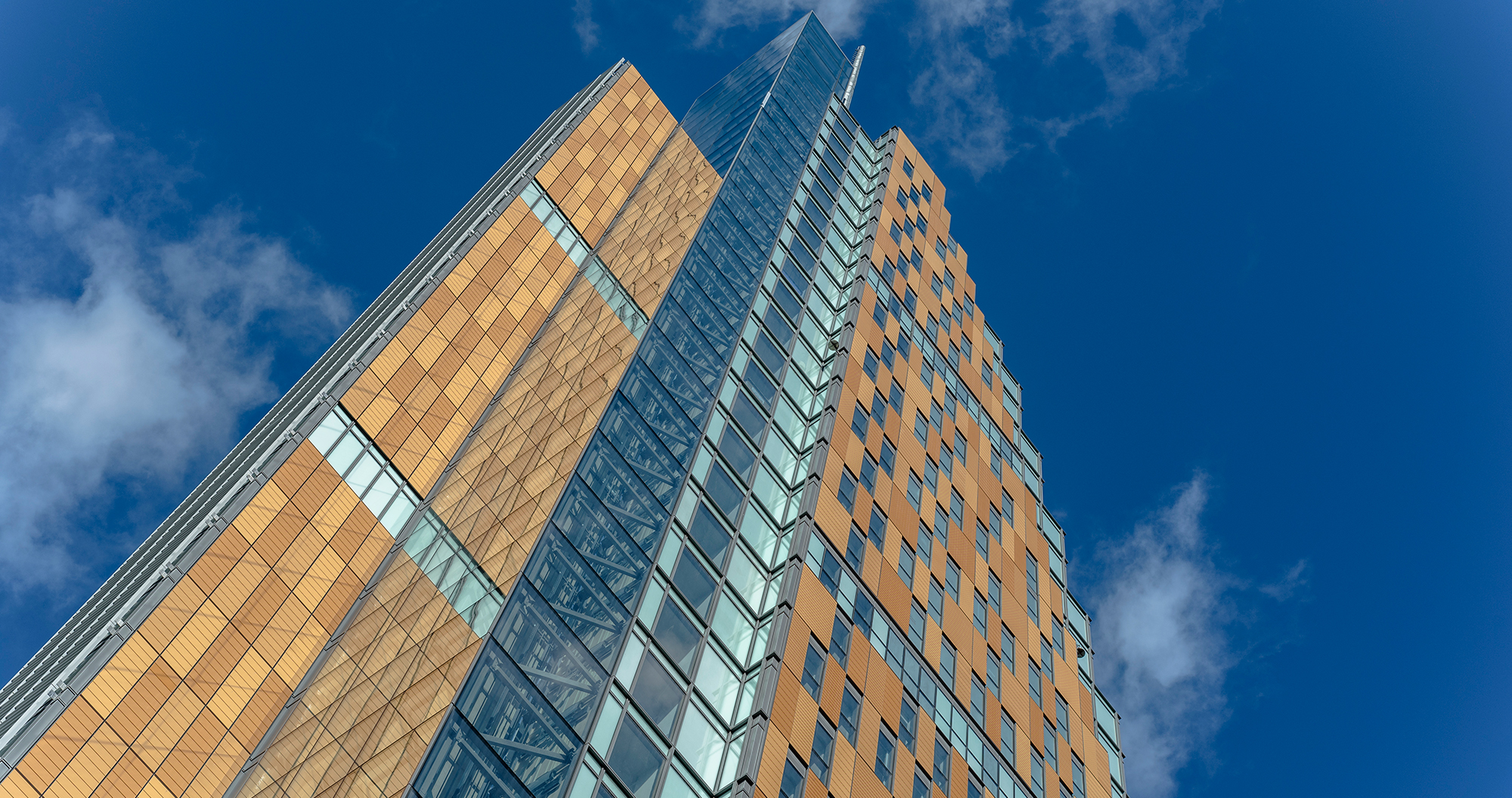 The 140 metre high residential tower of the Imperial College with its elemental façade with glass and terracotta surfaces announces the architecture of the campus from afar.

With the purchase of eleven and a half acres of land in London's White City district, Imperial College London laid the foundation stone for the construction of the White City Campus in 2013. Ten new buildings were developed on this site, which will be used for research, teaching, shops and apartments. The campus is easy to spot in the cityscape of West London. Block F is a 35-storey, 140-metre-high residential tower with 198 apartments for the university's key staff. With its elemental façade with glass and terracotta surfaces, it announces the architecture of the campus from afar. The striking appearance comes from the numerous individual superstructures of the approximately 2,400 facade elements.

The majority of the façade elements were 1.5 m wide and clad with a combination of glass and terracotta slabs. A special feature in the appearance of the building is the stepped eastern side of the building: every second floor forms a step from the glass facade, which thus offers a terrace for the residents. The residents enter the terraces via sliding doors measuring 2.8 x 3 metres. For the mezzanines, balconies were created on the side by means of a steel construction, which resulted in a further special solution in the construction of the adjoining facade elements.

The new campus, the college’s first in over a century, will be a new vibrant urban quarter, integrating an academic programme with residential, research and commercial uses within a high quality public environment including restaurants, cafes, retail facilities and open landscaped spaces.

GU Solution: Projecting Top-Hung windows for opening width up to 30° with a special window restrictors and AK 8 lock 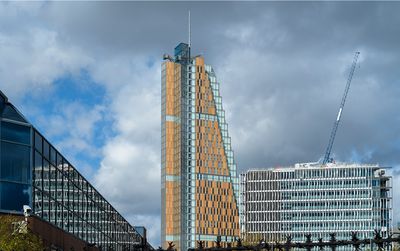 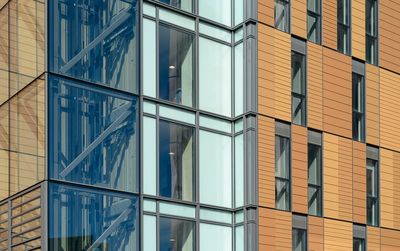 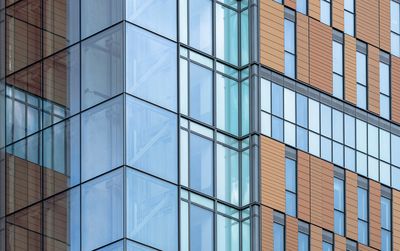